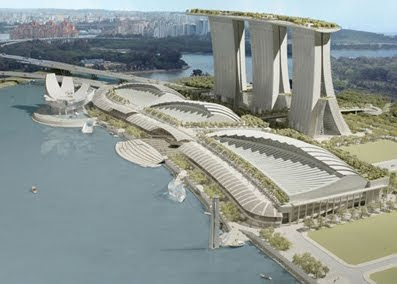 Marina Bay Sands has announced in a press release that Louis Vuitton will open a unique ‘floating’ flagship comprised of glass and steel right in front of the integrated resort. This also kinda confirms a tweet I did sometime back that Louis Vuitton was indeed going to be opening there, and closing their existing boutique at Raffles Hotel Arcade before or after it opens.

Excited? I know I am. And for those of you not living in Singapore, here’s another reason to visit us don’t you think? Watch this space for more updates!