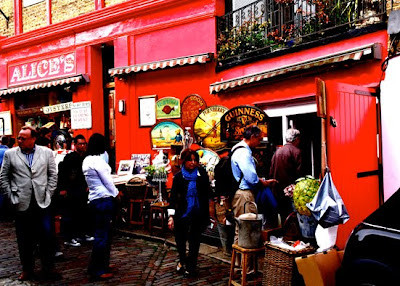 So here’s a quick update on what I have been up to in London since returning from Paris on Friday. On Saturday we headed out to Portobello (shown above), which was absolutely humungous. Fun, but crowded with loads of tourists just like us. 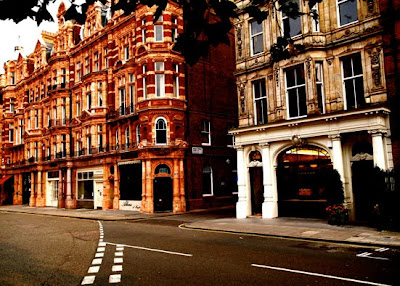 Then we headed down to New Bond Street to collect my bag from Mulberry (not saying which one I got just yet), and after that we headed down to Goyard (shown above, on the right) at Mount Street again. I wanted to get something else, but frankly I haven’t decided yet if I should. 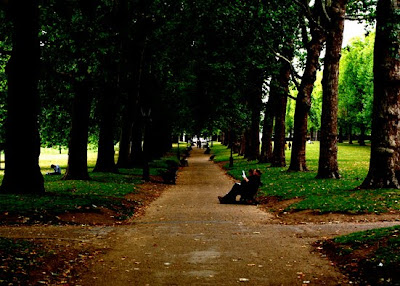 Sunday I headed to the Spring-Summer 2010 Womens Mulberry press presentation, and after that we headed to Camden Town, which was again crowded and I did not manage to get anything I wanted. After that it was Buckingham Palace, which was mostly deserted by the time we got there around 5 pm. From there we walked through Green Park (which was really, really nice) before taking the Underground back to our hotel.

And today (it is still Monday here in London), we headed out to Bicester Village. Getting there was not as easy as La Vallée Village was in Paris, but it is really more worth it! Besides having more brands, discounts offered here seemed more genuine and better value. They had loads more brands too, and both Burberry and Mulberry had massive stores.

So what did I get? Besides 2 lovely sterling silver rings from Links London, I also picked up not 1, but 2 pairs of lovely Tod’s shoes for a grand total of GBP181! Reveals to come!

And one more thing before I head to bed, I have received news that I have officially won myself the Sony Vaio W! Thanks again to all of you who voted for me and gotten your friends to help me out, it certainly is much appreciated!