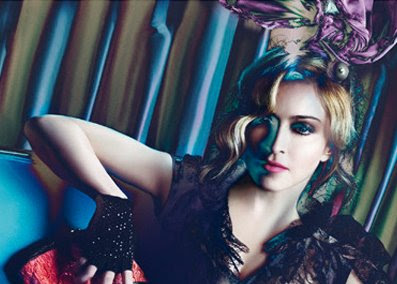 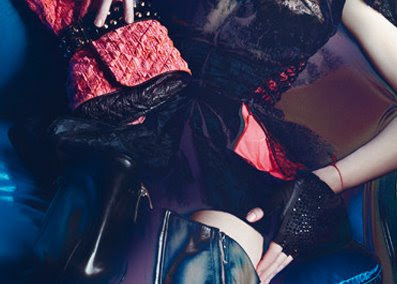 There was nary a mention of Madonna’s first outing with Louis Vuitton on this blog of mine because frankly, I didn’t care much for it. The follow-up to that is a different story altogether. Though it still features Madonna and is shot by Steven Meisel, the Fall-Winter 2009 Womens Louis Vuitton ad campaign is (in my personal opinion) way better than the former. Yes she is still digitally-enhanced to death, and she does look like her soul just got sucked out of her by a Dementor, but I like it. 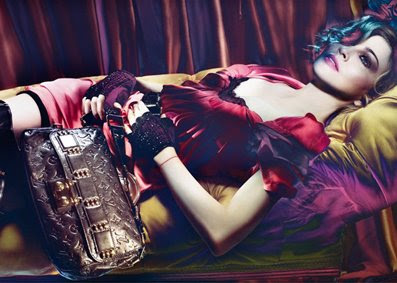 The colours are vibrant without veering on sheer gaudiness, and I love the stylised look. 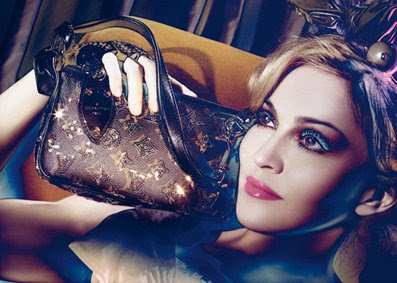 Here she is again with the Louis Vuitton Monogram Eclipse Mini-Pochette Accessoires, which is simply adorable. Due out in Singapore late July/early August, I know a couple of you out there have already seen it in person. And I agree, it’s beautiful but I would worry too if the thread holding the sequins tore and it started unravelling. 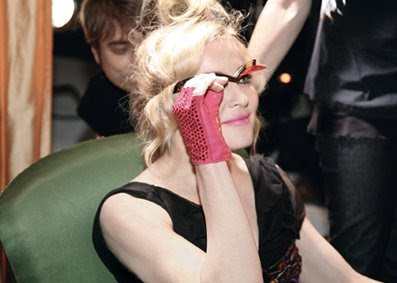 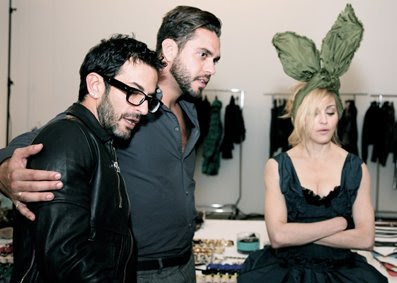 Here are some behind the scenes images during the shoot. That’s Marc Jacobs of course, with beau Lorenzo Martone and Madonna looking either pissed, tired and/or jealous. You figure it out. And to see the full campaign in all its glory, click here!