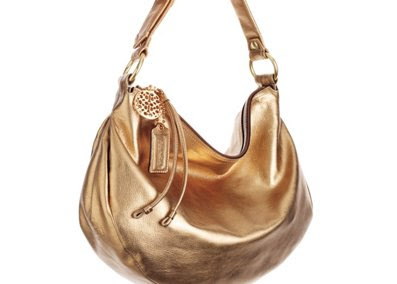 Following the success of Coach’s Parker collection, Creative Director Reed Krakoff has launched another collection that’s also soft and slouchy. Called the Coach Ali collection, the most distinctive feature is the cutout medallion that features the Coach logo. And that’s all the logo you will see from this collection, which will appeal to those not wanting to be swathed in monograms.

Shown above is the Coach New Ali Hobo in metallic leather (Gold) and retails for USD298. It also comes in pebbled leather (White or Mahogany) and in pearlised leather (Tangerine). 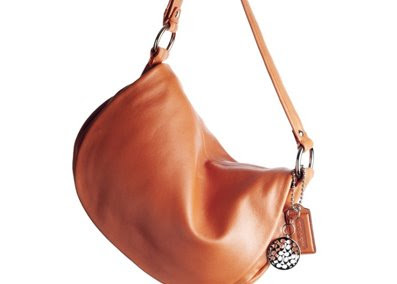 Here we’ve got the Coach New Ali Flap (like a messenger, but for the ladies). Retailing for USD278, it’s chic enough for causal weekends. Shown above in pearlised leather (Tangerine), there is a larger version as well (Coach New Ali Large Flap) that’s suitable for those who prefer large, roomy bags. 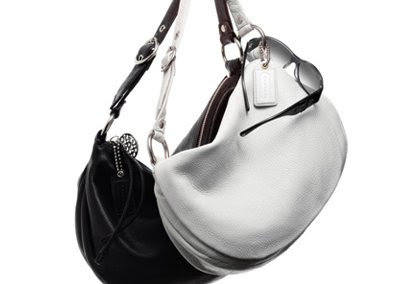 Here’s another look at the New Ali Flap, but in pebbled leather. I’m not sure if these are available in Singapore just yet (or their prices in SGD), so stay tuned for more updates…

Update: 15 June 2009
I’ve just received the model/price list for the Coach Ali collection in SGD, but from the looks of it, the Coach New Ali Hobo and Coach New Ali Flap (both featured above) will not be making their debut in Singapore just yet. The Coach New Ali Large Flap will be available though, at SGD1059.