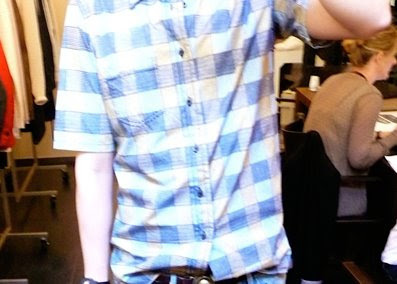 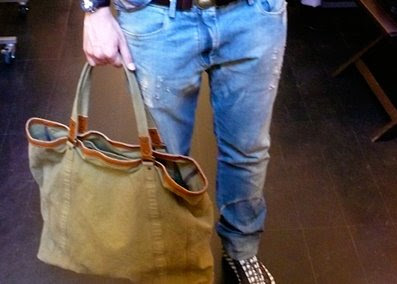 No that’s not me. That’s Joe (of 00o00 fame) who was in Milan for the Spring-Summer 2010 Mens Burberry Prorsum runway show. The lucky bastard (and I say this with much affection) sat in the 3rd row, went backstage for a quick romp, and even had a meet-and-greet with Christopher Bailey!

To say I am freaking jealous is an understatement. But I am also very proud of him, considering that fact that he is also Singaporean (bet many of you did not know that), but currently working and living in London. That’s him by the way (sans head because the boy is shy) which he took backstage in the showroom. 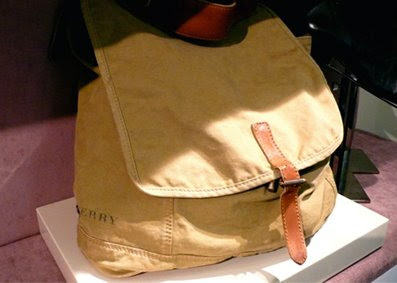 And here’s a bag that I kinda like, and because it’s canvas with tiny bits of leather I’m hoping it will not be priced beyond my reach. But more on the collection proper later, this is Joe’s moment afterall. Read more about his glorious exploits here!

Gucci: 5 Things To Know About The #KAIxGUCCI Collection