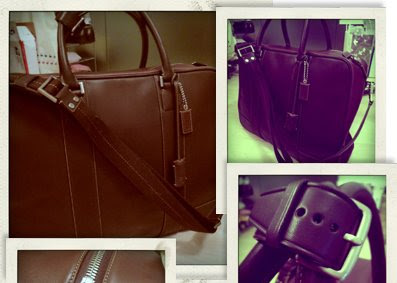 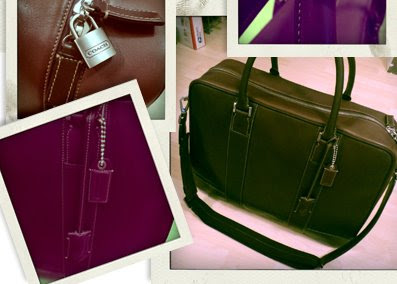 We kept walking and finally ended at Coach, which was also having a sale. Bags and accessories released as recently as March 2009 were on sale, from 30% to 70% off. Mum picked up the Coach Hamptons Vintage Leather Hobo (released in 2008), which at 50% off came in at about SGD764 after discount.

As for me, I spotted the Coach Legacy Slim Travel Case in Mahogany. I was pretty sure it would be pricey, seeing how it was full-leather and was big enough to be a weekend travel bag. It came with all the bells and whistles, including a removable shoulder strap, brushed aluminium padlock, keys, luggage tag and leather clochette that added a nice refined touch to it. Best thing about it? It was 70% off, so from SGD1355 I only paid SGD406.50. Not bad at all, considering I can be ‘rough’ with it and not worry about scratches or stains. Love it!

#BAGAHOLICBOY SHOPS: 8 Year Of The Ox Goodies To Love