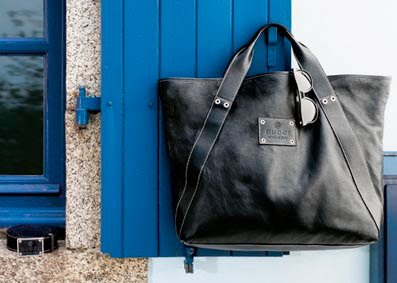 A couple of you wrote in asking for a ‘best of’ of sorts on a monthly basis, in case you missed out on anything along the way. So without further ado, here are my picks for the ‘best of’ for February 2009.

01. Got my very first free bag ever from Carga Bags, which started a new section here called Bagaholicboy Reviews. And I just got news that another bag from a different label is on its way to me next, so I’m pretty hyped.

02. The Naxos collection from Louis Vuitton got many of you pretty excited as well. Personally I adore the Louis Vuitton Naxos Doctor Bag, but with a price tag of SGD5900, I will just have to put it on hold for now…

03. I finally got round to cataloguing my Louis Vuitton collection in its entirety, and though it is not the largest around it still took me quite a while. Click here to read Part 1, Part 2 and Part 3 respectively.

05. My first brush with national press, Urban (The Straits Times) to be exact. Thankfully it was a good encounter. And did you guys remember to check out my column with CATALOG?

06. February is also the month I celebrated my birthday, and Boo got me the Gucci Large Tote With Double Handles. Love it! I also really enjoyed the Spring-Summer 2009 Mens Gucci catalogue (shown above), which was definitely stunning. I also got myself my very own Nokia E71, after a trial run with one sent to me from WOM World.

07. Tons of mailbag from you guys this month (total of 4 posts to be exact), including an all-star Stephen Sprouse Graffiti edition. Keep on shopping you hear!

09. Many of you were pretty excited and enthralled with Hayden-Harnett, especially during their recently concluded sale and shopped up a storm.

10. And last but not least, my very last purchase for February 2009, the Burberry Buckleigh Nylon Tote which got many of you pretty excited as well. For those of you who did go down to buy one for yourself, don’t forget to share your images with me!

And one more teeny-tiny bit. February 2009 will also be remembered as the month this blog passed the millionth hit mark. Thank you all who made this possible.