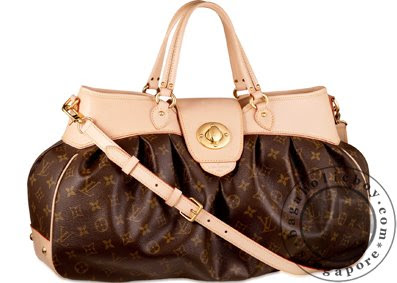 Due out on 15 March 2009 is the new Louis Vuitton Monogram Canvas Boétie collection, that looks set to be a hit with the ‘mature’ crowd. By ‘mature’ I don’t neccessarily mean old (even though I can bet you my last dollar my Mum will want one), but rather ladies who are reaching or have reached a certain stage of their lives and are past fast fads and cheap trills. That said, the Monogram Canvas Boétie is not for everyone, and its higher than normal retail price will put off quite a few more as well.

The largest of the lot, the Louis Vuitton Monogram Canvas Boétie GM (shown above) will retail for a whopping SGD3940 (prices are tentative at this time), which will beg the question, ‘Why so much for canvas?’. Frankly I don’t have the answer myself, though I do like the overall shape, the turn-lock clasp, the pleats and the fact that it comes with a removable shoulder strap. 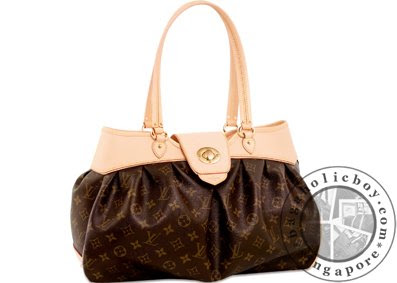 The middle child is always the most awkward one, and the Louis Vuitton Monogram Canvas Boétie MM (SGD3330) feels that way at first sight. Its handles are much longer than the GM or PM versions, and it’s neither roomy like the GM or cute like the PM. Then you realise that it will actually make a very good shoulder bag, as the handle drop is ample and great for those who need both hands free (like when you need to carry Junior). 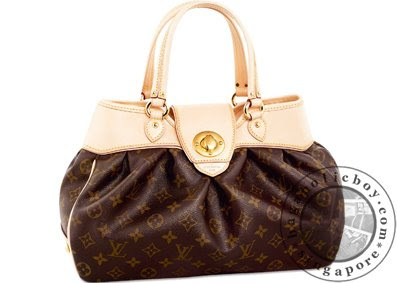 And last but not least, the baby of the lot, the Louis Vuitton Monogram Canvas Boétie PM, which will probably appeal to almost everyone. The price is also the lowest of the 3 at SGD2830, though at the same time still higher compared to the other bags in the Monogram Canvas collection. I’m just waiting for 15 March 2009 to come by and checking them out for myself in person, before I decide if Mum ‘deserves’ one. And thanks again to X.H for sending me these exclusive images.