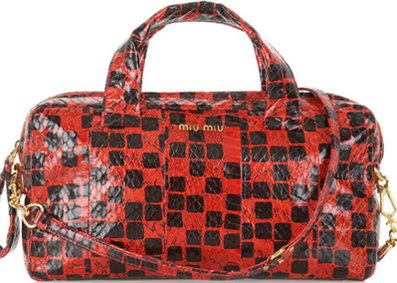 And we are tied. I really could not decide which was uglier, so I decided to post them both instead. With the downturn and all going on now, and with people being more selective when it comes to ‘wants’, don’t you think designers should be more careful/selective/tasteful in what they push out? Take the Miu Miu Geometric Snake Print Bag (shown above) for example. Will anyone in their right mind actually carry it? And the fact that it sets you back by SGD1260 or so does not really help either. 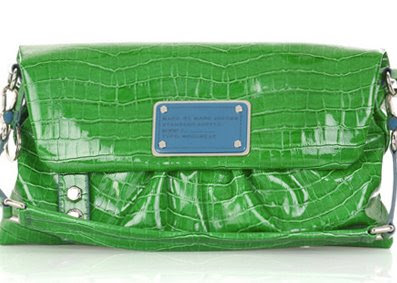 And next, we’ve got the Marc by Marc Jacobs Linda Leather Clutch, which channels Linda Evangelista and the glorious 80s. He may be a demi-god in my books, but since he is still half-human that side of him may occasionally still falter, and it did. Even if it costs around SGD400 or so still does not help. On second thought it may appeal to the Green Lantern, so all is not lost after all. You, on the other hand, have been warned.