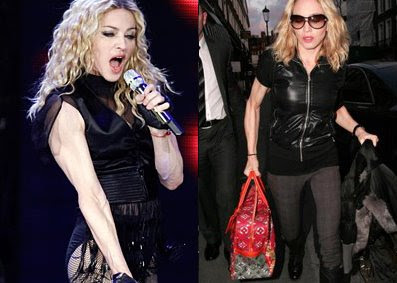 According to reports from NYMag and Style, Madonna is set to be the next face of Louis Vuitton, following in the celebrity footsteps of Jennifer Lopez, Uma Thurman and Scarlett Johansson. Marc Jacobs hooked up with the Maternal One during the premiere of her directorial debut in NYC and the rest as they say is history. It is even rumoured that the Spring-Summer 2009 Womens Louis Vuitton campaign has already been shot by photo wonder duo Mert Alas and Marcus Piggott.

Looks like I’ve come full circle, as a young wee lad I bought anything and everything Madonna but later sold everything off at a hefty profit a couple of years back to start collecting Louis Vuitton. And now she becomes the face of Vuitton.