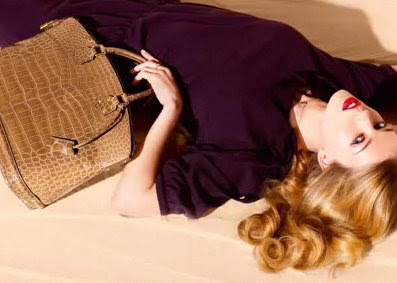 Presenting the Louis Vuitton Exotic Lockit, which is currently featured in Louis Vuitton’s Leather Goods 2008 Collection. Another classic from Louis Vuitton released in exotic skin and in gorgeous crocodile no less. How desirable it will be tied to it’s asking price, if it is too expensive than one may be tempted to look elsewhere.

On another note, I sped down to Louis Vuitton at Raffles Hotel Arcade today and paid for my new Louis Vuitton Damier Ebene Beaubourg (SGD1270). I was actually torn between the ones in Monogram Canvas or Damier Ebene for the longest time, but the moment I saw them I knew who it was going to be. I got one, my colleague got one too. The only drawback, I will only be able to pick it up on Sunday, which is also the official release date, but at least I have something to look forward to.