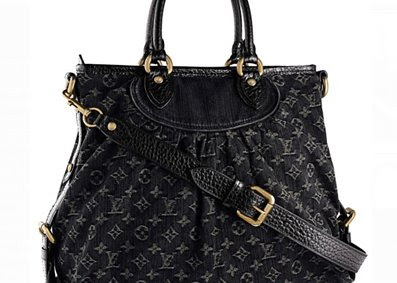 Introducing the bigger sis of the Louis Vuitton Monogram Denim Neo Cabby MM, already a big hit in Singapore. Her name? The Louis Vuitton Monogram Denim Neo Cabby GM, which is also beginning to be snatched up by those who know a classic-in-the-making when they see one. Considerably larger but no less beautiful, the one in GM is more rounded, abit taller and therefore able to provide roomier space for all your precious bag stash.

Update: 22 September 2007
Olly has finally bought it, in Paris no less! After taxes and all, it is actually cheaper, at only SGD2200 or so! And the bag’s name is Claudette.